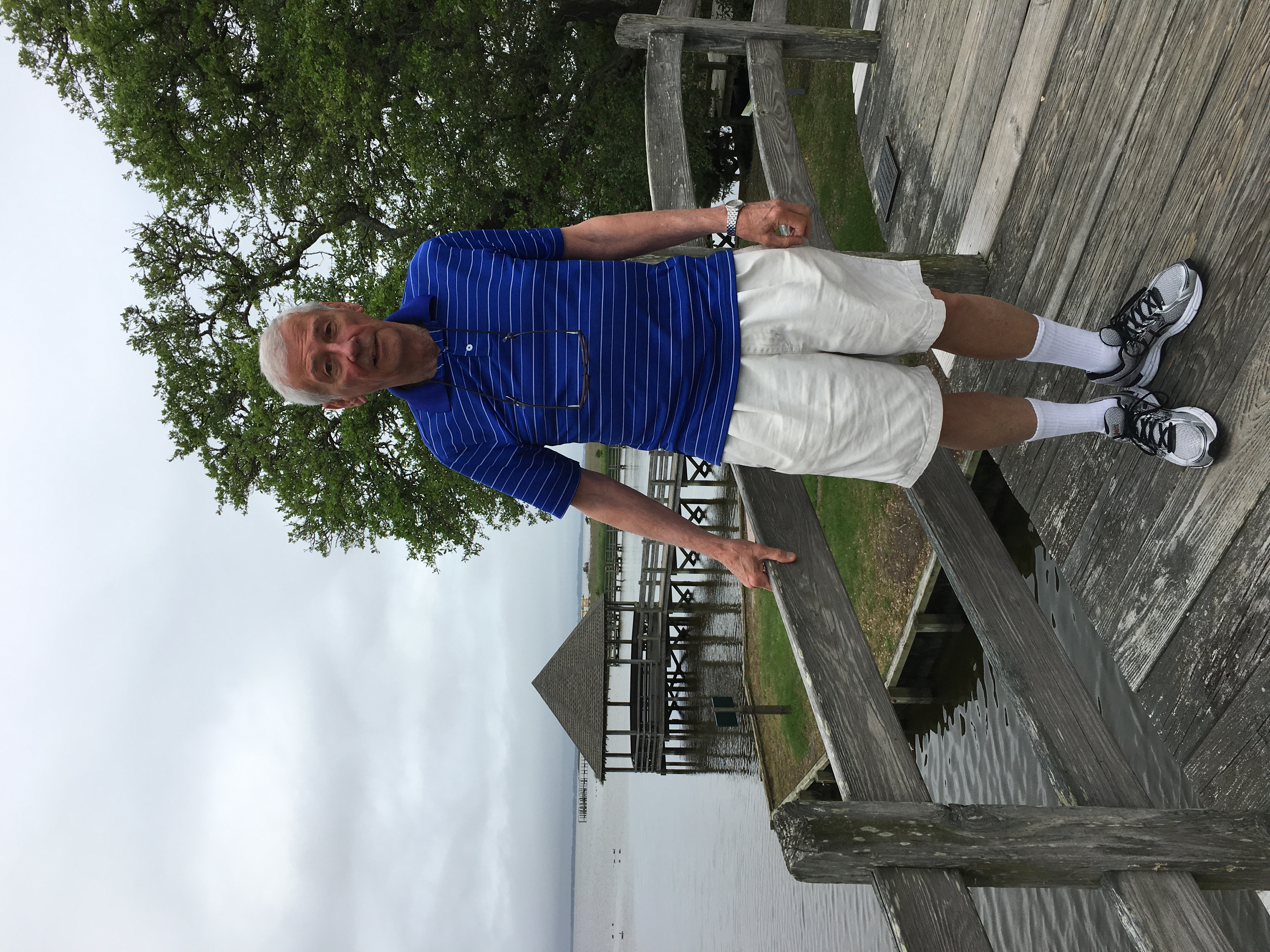 For the longest time, I couldn’t bring myself to talk about my husband’s diagnosis: Alzheimer’s. When I finally faced the power loaded in that word, everything changed.

About four years ago, my husband and I were at the backyard party our condominium hosts every summer. Our complex is small and we’ve lived here for 35 years. We know most of our neighbors. Most of them know us.

A woman asked Dick if he was having a good time. He pointed to the sky and said, “All the blue.” She turned to me. I knew that puzzled look. I said, “He’s having some memory problems.”  I couldn’t bring myself to say, “He has Alzheimer’s.”

Bear with me for a moment. I’m taking a detour, to the land of “Once upon a time.”

In the fairytale Rumpelstiltskin, the miller wants to impress the king and boasts that his daughter can spin straw into gold. The king has the miller’s daughter locked up in a room with a bale of hay. If her father is lying and she can’t spin straw into gold by the break of dawn, she will die. Yes, I know, there are all kinds of problems with this storyline.

As in all fairy tales, things happen in threes. One more time, the girl is locked in the room. This time, the bales of hay reach to the ceiling. She’s certain she is doomed. Again, the gnarly little man appears. He assures her he can do the job if she’ll strike the bargain.

In dismay, the girl hangs her head, saying she has nothing of value to offer him. Oh, but she does, counters the little man. In exchange for spinning the straw into gold and thereby sparing her life, he will have her firstborn child.

She agrees. (My guess is she couldn’t think beyond the gallows she would otherwise face in the morning.)

He reminds the queen of the bargain she struck. Well, she’s not about to give up her baby. Just the idea triggers a torrent of tears.

The gnarly little man is moved by her love for the child. He agrees to forgive the debt on one condition. Before the sun sets three times, she must discover his name. If she does not, he will take the baby.

He returns the next day. She rattles off a list of names, none of them his. The same thing happens on the second day. On the third day, as the sun begins its descent, the gnarly little man returns, a basket in hand to carry the infant.

What he doesn’t know is that just moments earlier, a messenger came to tell the queen of an unusual site he had just witnessed, that of a gnarly little man on the outskirts of the village. He was dancing a jig, singing about how he was about to get his wish because the queen would never guess that his name was –

Now, the queen holds her child to her heart, points to the gnarly little man and says, “Your name is Rumpelstiltskin!”

He clenched his fists and stamped his feet. “Unfair! Unfair!” He looked at the young queen and a sadness came over him. He hung his head, turned and walked away, never to be heard from again.

The story of Rumpelstiltskin illustrates a basic tenant in many mystery traditions: To know the name of something is to have power over it.

When my husband was diagnosed with Alzheimer’s, I couldn’t bring myself to use the word. I hadn’t said it out loud once and it had already wiped out our future. It embodied so much pain.

I did tell my daughter and her family. I told my two sisters and a handful of close friends. I knew there would be questions I couldn’t answer, especially the seemingly simple question: What are you going to do?

It was my social worker, Amanda, who encouraged me to use the word on a regular basis, to simply say, “My husband has Alzheimer’s.” She assured me that the more I did so, the easier it would become. She was right.

She was right about something else, too. The more I said, “My husband has Alzheimer’s,” the more I heard from other people who were in the same boat. Or they knew someone who knew someone. Sadly, I understood the old adage about misery loves company. I wouldn’t wish this disease on anyone. At the same time, I wanted desperately to talk with someone who was farther along the path than Dick and I were. I knew mistakes could be costly. I knew I had a lot to learn.

Before Dick was diagnosed with Alzheimer’s, I enjoyed a career as a Life-Cycle Celebrant. I officiated more than 150 weddings. In creating the ceremony, I draw on my skill as a romance novelist and write the couple’s love story. It becomes the tapestry that weaves in their families, that celebrates not only how they fell in love, but why. The couple’s love story does something else, too.

During the actual ceremony, here’s how I lead into the couple’s love story. I say to the guests, “It takes courage to reveal our stories. They show where we’ve failed, where we are the most vulnerable. We are rewarded with the discovery that, whether we’re from distant shores or nearby towns, we’re far more alike than different. We hear about how a couple fell in love and we travel our own memories, or our imaginations…”

By the same token, people who hear me say, “My husband has Alzheimer’s,” travel their own memories, and the mistakes they made as a caregiver. They berate themselves for getting impatient, for feeling angry. They see the quiet terror in the eyes of the others in the misery boat. They all clutch a box with Hope inside.

On March 26, 2019, Amanda held the first meeting of the support group she and two other health professionals, both named Jennifer,  organized. The only reason I decided to attend was because I had gotten to know Amanda and I trusted her.

Still, I stood outside the door for several minutes. I imagined my little boat being tossed about on the high seas. If I entered that room, waves of emotion threatened to drown me. They would all ask the question: What are you going to do?  I suddenly realized that’s exactly why I was there! I wanted to ask them: What are you going to do?  Maybe, together, we could chart a course.

That meeting was the first of many I attended. The 3-year anniversary of the group is next month. Ever since the Covid lockdown, we’ve been meeting online. It has enabled some of our members who have moved out-of-state to still attend.

I have vivid memories of that first meeting in March of 2019. For the first time, I felt the camaraderie, sad as it was, of being in a boat with others who carried a burden similar to mine.

When the meeting was over, I stood up. My little boat wasn’t rocking any more. My boat was now a ship, steady, stable, moving slowly through the emotional waters of the unknown.

Circling back to the power of names. Alois Alzheimer was a German psychiatrist and neurologist who, in the early 1900s, identified a type of dementia. That type of dementia came to be known as Alzheimer’s Disease.

Once the disease was named, it was easier to be studied, easier for research to be funded, easier for symptoms to be listed on a poster with the caption: Is it Alzheimer’s?  One of these days, we could have a cure.

His name, Alzheimer, comes from the German word for “hamlet,” a community smaller than a village. I take heart in knowing of that connection. Because on a metaphorical level, it tells me that something important, something truly helpful, can have humble origins, like a support group, or a podcast.

Back to the fairytale and the magic of things happening in threes. NASA tells us that our Earth was created by sound waves from the Big Bang. That’s an over-simplification for sure. Still, the idea speaks to the power of sound. In music, a basic chord progression of three notes creates a harmonious sound. Guitar players know it. So does the creative force of the universe.

I’ve been thinking about that since I launched this podcast. I’ve taken three steps. I’ve gone from being unable to say the word, Alzheimer’s, to saying it freely in my support group, to now, talking about Alzheimer’s and other forms of dementia in a podcast that has the potential to be heard all over the world.

Today, February 18, is National Caregivers’ Day. I’m practicing what I call “radical self-care” by having an aide sit with my husband while I produce this episode. I made those arrangements because I’m also heeding the advice of my friend, retired hospice chaplain Victoria Burdick, who said: “Between now and dead, you’ve got a purpose. Don’t be timid.”

Be good to yourself. We need to survive. 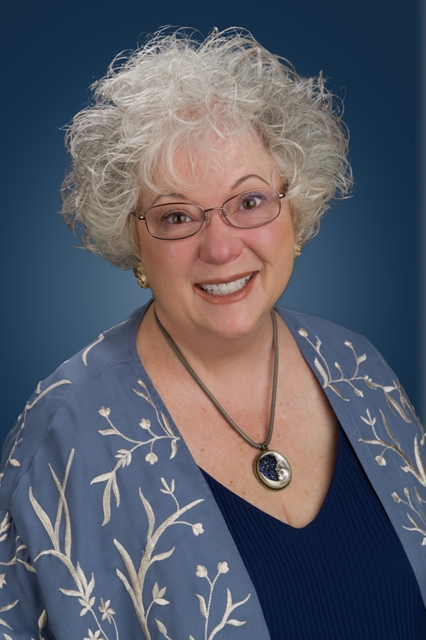 Zita Christian is a writer, Life-Cycle Celebrant, and caregiver. She and her husband said “I do” in a simple backyard wedding ceremony more than 40 years ago.

As a multipublished writer of historical romance novels, Zita knows the joy in “Happily Ever After.” As a wedding officiant, she knows most couples don’t make their vows thinking about the real impact of “in sickness and in health.” Now a caregiver to a husband with Alzheimer's, she knows life has no guarantees. She hopes that by sharing her journey, other caregivers will find tools to safely navigate the dementia path. 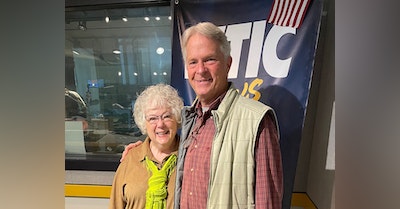 My Spouse Has Dementia featured on WTIC AM 1080 "Saturdays…

Recently, I was the guest on "Saturdays with Steve Parker," a community-based show on WTIC 1080 AM Radio, part of the Audacy.com network. Because Novemb…

The Power of Grief and Community to an Alzheimer's Caregiv…

Thanks to my neighbors, I was able to care for my husband at home until he died. He had Alzheimer's.